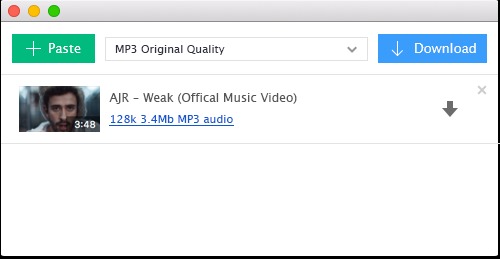 
Or, grab an Apple Pencil and use it with tablet-enabled Mac apps in a way that just might make any of the smaller Wacoms weep. Security and Privacy are getting an even more vigilant Gatekeeper, a read-only system volume, extensions and drivers ripped out of kernel space, and Sign in with Apple. And Accessibility is showing all of that up not just with better VoiceOver, color filters, and new zooms, but with full-on, Bene Gessrit-level Voice Control. But those are just the highlights and the promises, grab a beverage and get ready for the deep dive on what MacOS Catalina actually delivers.

There's been a problem for a while with Mac software. But, the Mac's market share was never huge. So, while the Mac always had great apps, phenomenal apps, it never attracted a great number of them. Then came the iPhone and the enormous popularity of the App Store. And it became so popular, millions of developers raced to make millions of apps for it. The iPad also used UIKit, of course. So, many of those developers were willing to risk the tiny little step it took to make tablet versions as well.

The Mac, though… the Mac stuck with AppKit, and nowhere nearly as many developers were willing to risk that much bigger leap. And, even those that wanted to didn't often have the extra time and resources needed to commit to it. Even so, the iOS side had more resources because it faced far more demands.


So, over time, iOS got new features first and the Mac would trail behind or sometimes just fall behind. Then, a few years ago, Apple merged the teams. One Mail team, one Messages team, one Safari team… again, you get the idea. It also often left them two times the work to implement new features and new frameworks. Project Catalyst is fiendishly clever in its simplicity: Developers were already making iPad-specific versions of their iPhone apps, why not let them make Mac-specific versions of their iPad apps?

Not AppKit versions, where they could maybe keep data models but have to relearn and redo all the app-specific code. But UIKit versions for the Mac, where they could maintain one code base across both platforms. The Simulator had and has its own copy of all the iOS frameworks, databases, and services, but it's meant to replicate the iPhone or iPad environment so developers can run and debug their apps as needed, not make those apps look and feel native to the Mac for end users to for end users to run them every hour of every day, all the time.

AppKit had its own interface frameworks up top but, underneath, it had similar frameworks to iOS. CoreGraphics, CoreAnimation, Foundation, similar databases for photos, contacts, calendars, even similar services like clipboard, all built on the same Darwin kernel. Apple started off by combining and unifying the underlying frameworks and databases. Likewise, HealthKit, HomeKit, and some other things also remain on the to-do and to-finish list as well. And, of course, most deprecated iOS frameworks have been brought over.

So, Metal, not OpenGL. Apple also automatically maps other things over for, quote unquote, free. UIKit multitasking gestures will also get automatically remapped to mouse and trackpad on the Mac.

Single tap to mouse down, long press to mouse down and hold, and pan or swipe to drag. Pinch and rotate with also be mapped but instead of the middle point being used as the axis, the cursor position will be used as the axis. Gestures like edge swipes, pull to refresh, don't translate well so won't be mapped over, but hover states get added for any app that wants to implement them.

And if apps are being updated to support new iOS 13 features like multi-window, Symbol Images, dark mode and the new system colors, that'll carry over as well. All that to say if an app is using standard UIKit components and controls, Apple will do a lot of the heavy lifting and translation for it. In other words, the better the iPad app the better the Mac app starts off. Some things aren't so automatic, though.

Like developers will still have to make a Mac-specific icon with its distinctive silhouette if they really want to be Mac-like, decide if a sidebar gets the vibrancy treatment or not, remove custom tint colors so as not to clash with user-configurable accent colors on the Mac, add custom toolbars and Touch Bar controllers, adjust the positions of controls, add a sidebar if there isn't one already but it makes more sense to list locations or collections of content on the Mac, bump up the size of very small fonts, figure out how to handle custom gestures, and more.

Basically, Apple wanted to make it easy to start working with UIKit on the Mac, so developers could maintain one project, one source base, one target. And, while their apps will remain iPad on the inside, they could be first-class Mac experiences on the outside. And… they weren't very good. Not only weren't they very Mac-like, they weren't even consistent unto themselves. Apple's Senior Vice President of software engineering, Craig Federighi, has recently said that wasn't because of any limitation inherent to Catalyst but, because the technology was so new, it came down to the individual design decisions of the people and teams implementing each of those apps.

My guess is the technology was so new, and everything had to be done from scratch, it was half experimentation to see what was possible and half pragmatism or compromise just to get it all working. Either way, it caused some anxiety in the Mac community — that Catalyst would be used to just dump a bunch of iPad apps onto the Mac, quickly, lazily, out of place, and with nothing approaching a Mac-like experience.

But this year, when Apple opened up Catalyst as a beta to developers, it also rolled out a new Podcast app using those UIKit frameworks and one that's almost indistinguishable from the new AppKit-based Music and TV apps. Now, Apple isn't going back and redesigning or reimplementing Home, Voice Memo, News, and Stocks to be more like Podcasts, at least not yet. They are adding and polishing a few features here and there, but don't expect any major changes when Catalina launches this fall.

Still, even though it's early days, my take is optimistic. I think there are a ton of developers who would like to move their iPad apps to the Mac, good iPad apps that they want to make into good Mac apps, but just never had the time or resources to learn AppKit so they could do it. Now, with Catalyst, they don't have too. They can bring their existing iPad apps over and, instead of spending time on AppKit, they can spend that time polishing the interface of their UIKit app to make it into a first-class Mac experience.

That includes developers that have an iPad app but either never made a Mac version or simply let the Mac version fall fallow over time. For them, a unified codebase makes creating or replacing the Mac app far more efficient. DC Universe and Twitter have already announced they'll be doing just exactly this. Also, iPad apps that have relied on a website for the Mac.

Here, native frameworks allow for far more features and far better performance. And then there are my least favorites, the apps that use Electron on Mac, actively wasting my memory and destroying my battery life just to wrap themselves in Chromium for that oh-so-not-so-native look and feel anyway. Those, like Slack and Skype, desperately need to switch to Catalyst and fast. Since I like to dream about the future, I'll also throw this out: Today you can drag an iPad app into a narrow split view and it takes on the characteristics of the iPhone version.

Tomorrow, I want to toss an iPad app onto a inch 16 by 9 external display — effectively what a inch iPad would look like when you correct for scaling — and have it take on the characteristics of a Mac app. SwiftUI was originally designed for the Watch but it became evident that it should be everywhere. It's declarative. So developers don't have to worry about hard coding button shapes and colors for every platform, for example. They just declare a red button and SwiftUI taps the ideal expression for the button shape and system red color for the platform. But… big huge block letters but, it's not a one size fits all apps solution.

It doesn't just scale from inch iMac down to a 40mm Apple Watch. That would result in lowest common interface element apps. And that's not what anyone wants. Each platform is still distinct, with its own capabilities and advantages. What it does do is allow code sharing where it makes sense and, perhaps most importantly, means developers only have to learn a single set of skills to work with a single set of tools. So, yeah, Apple is still hard nope-ing the idea of write once run anywhere but embracing the idea of learn once apply anywhere.

But it feels transformational. Like SwiftUI is the obvious destination here if we want to get to multi-end-point computing, and we do!

But, Catalyst feels like the critical next step in getting there. No pun intended. I'm sure everyone has heard the big iTunes news by now — as the old saying goes, any app sufficiently old becomes indistinguishable from an email client. Throw in a calendar and web browser and wow, howdy has Apple just absolutely been there, nailed that. Apple isn't really killing iTunes as much as setting it free. It's as if Voltron had been stuck in its combined form for decades and now, finally, the Lions were being released to do what each can do far better alone.

Especially if Voltron had had everything from a trash compactor to literally the kitchen sink welded to it over the years.

Now, before anyone panics, nothing is being deleted. Nothing is being canceled. Tim Cook isn't coming to your house to delete all your downloads. Everything you could do in iTunes yesterday you'll still be able to do with macOS tomorrow.

And anyone that tries to scare you otherwise, unsubscribe or block their site at local. What's happening is this: Apple is deprecating iTunes. They're retiring it.